Dieter Vander Velpen architects restored and renovated Villa Braeckman, a historical eclectic villa, to its former glory while bringing it into the 21st century. Villa Braeckman was first built in 1903 as the summer house of a soap merchant just outside Ghent, Belgium. After more than 100 years of intruiging history, including being used as a soldier’s retreat during World War II, this landmark property needed an update with respect for its roots.

We identified the elements that were authentic, the next step was peeling away some of the layers that had been added the seventies and nineties.

The flow of the house and the views into the garden were amazing and a perfect match with the lifestyle of the new owner. To maintain the authentic look, all modern technology such as heating, lighting, tv and sound were built into the ceilings and hidden behind the custom cabinetry. Merging the 21st century technology with the classical elements. Some of the new interventions such as the crown molding on the ceilings and custom cabinets in the library room are hard to distinguish from the old.

One of the eye catchers is the kitchen, were we have a statement island in quartzite. The stone is cut in a faceted way which requires a high level of craftsmanship and houses the cabinetry in white stained oak, finished with brass detailing. This contemporary element is then balanced by the crown moldings on the ceiling that were added to reintegrate the kitchen with the rest of the house.

This project really asked for powerful color statements and a varied material palette to match the eclectic origins of the house. Farrow & Ball’s Picture Gallery Red, a personal favorite of the owner, makes the newly built but classically inspired library pack extra punch.

Railings from the same brand makes a moody yet neutral canvas in the living room. We even chose a very bold marble for the kitchen island with blue and green veining, and red veining in the bathroom to compliment the colors throughout the house. 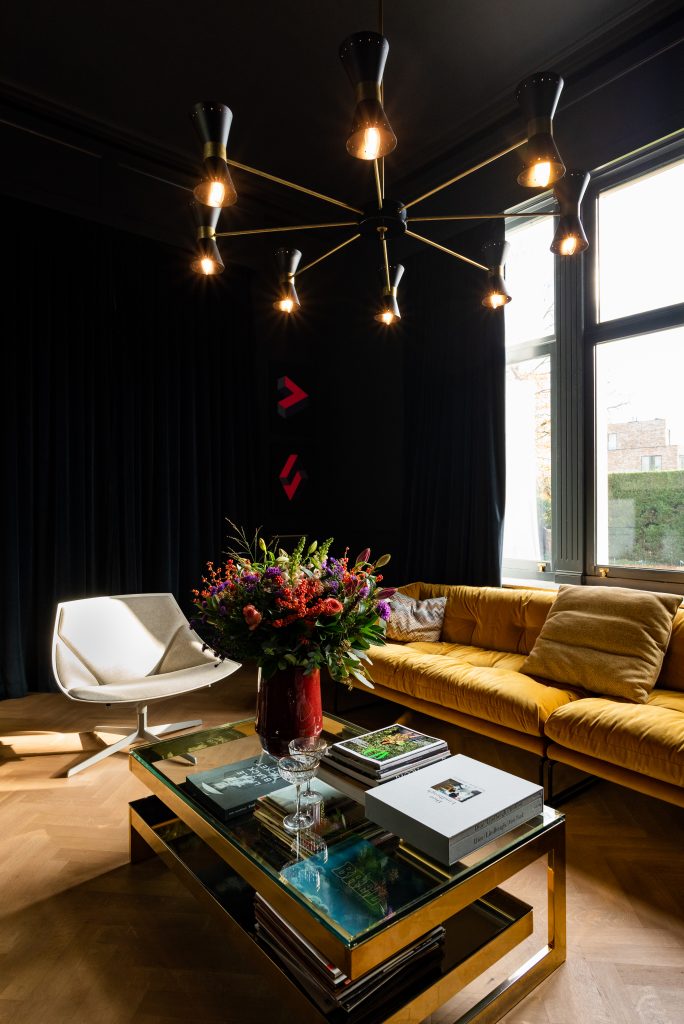 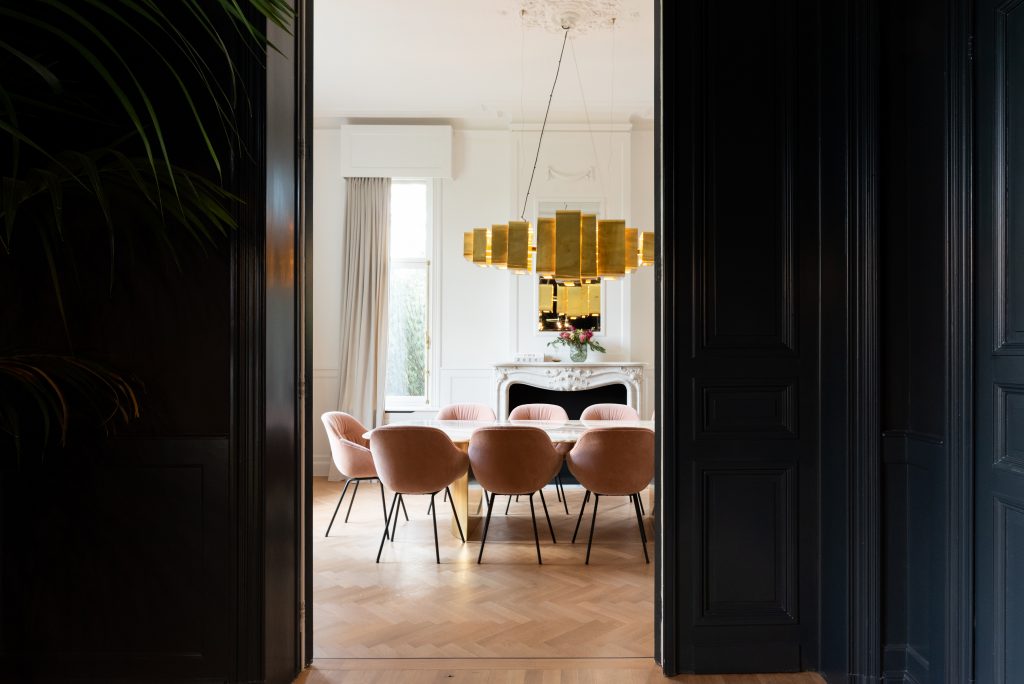 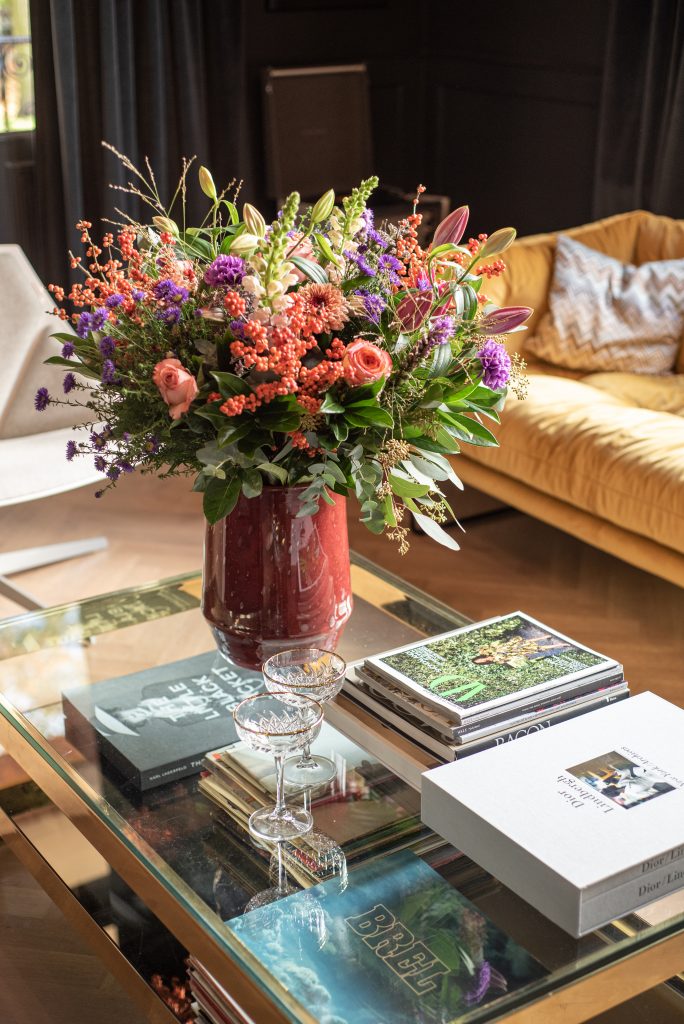 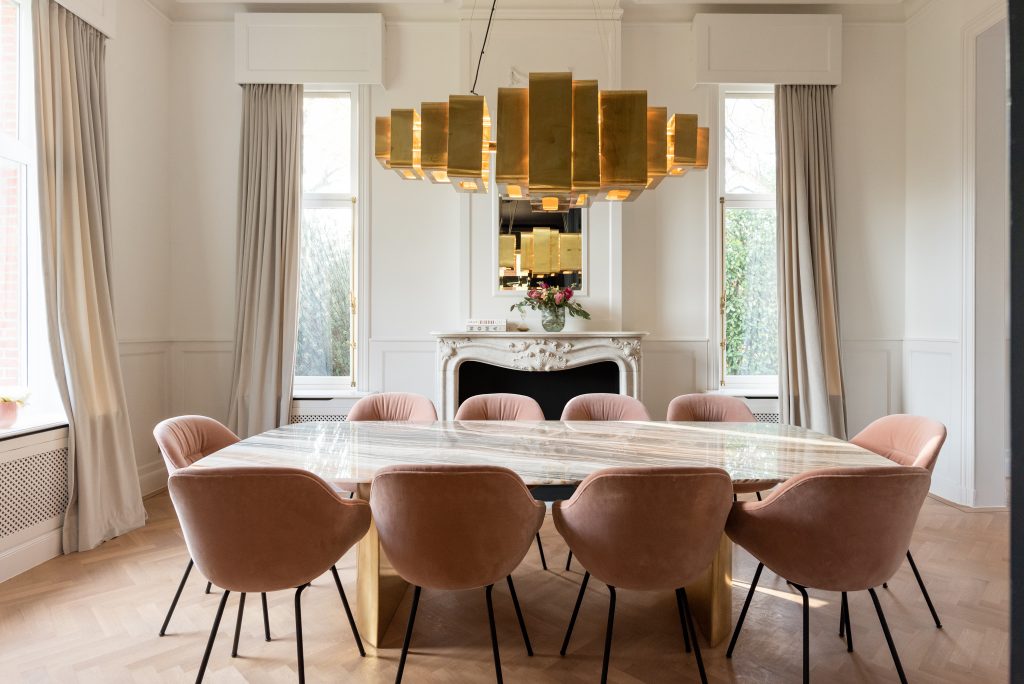 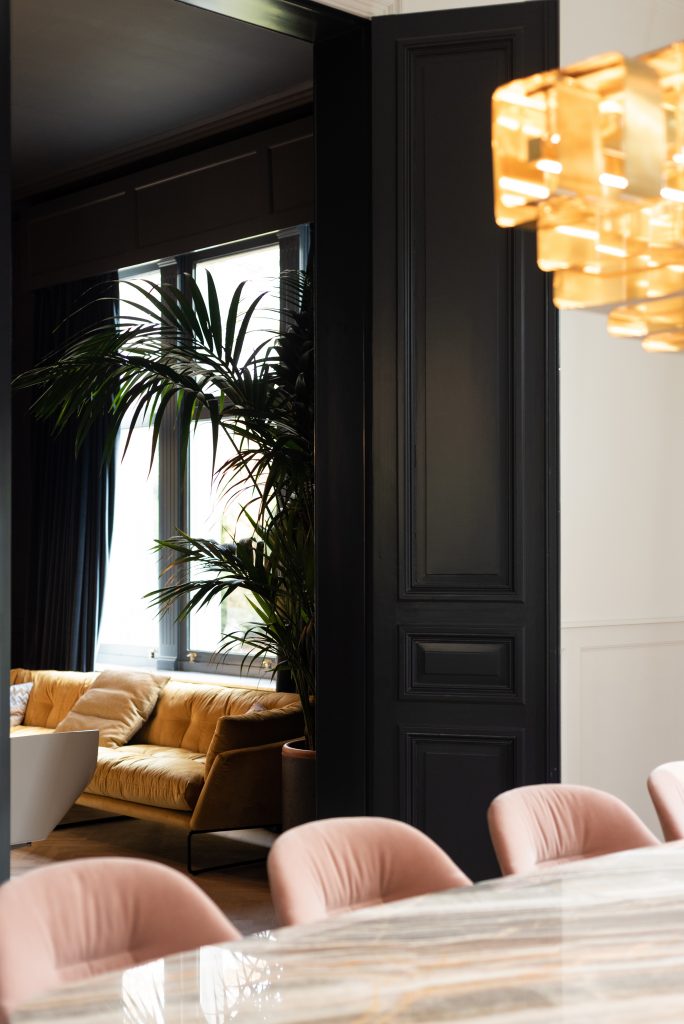 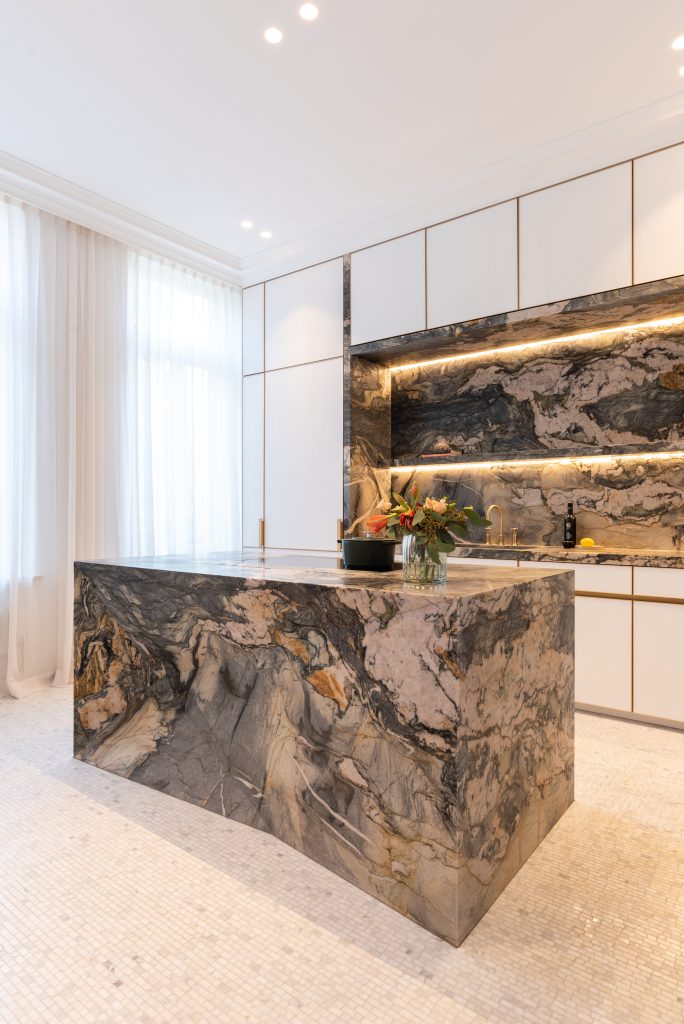 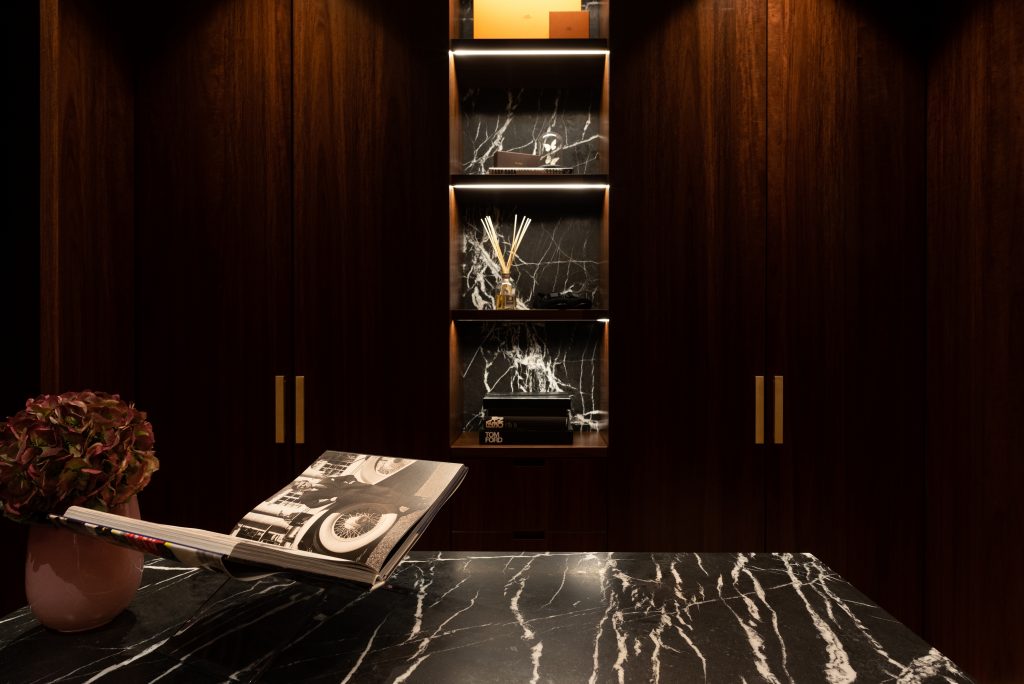 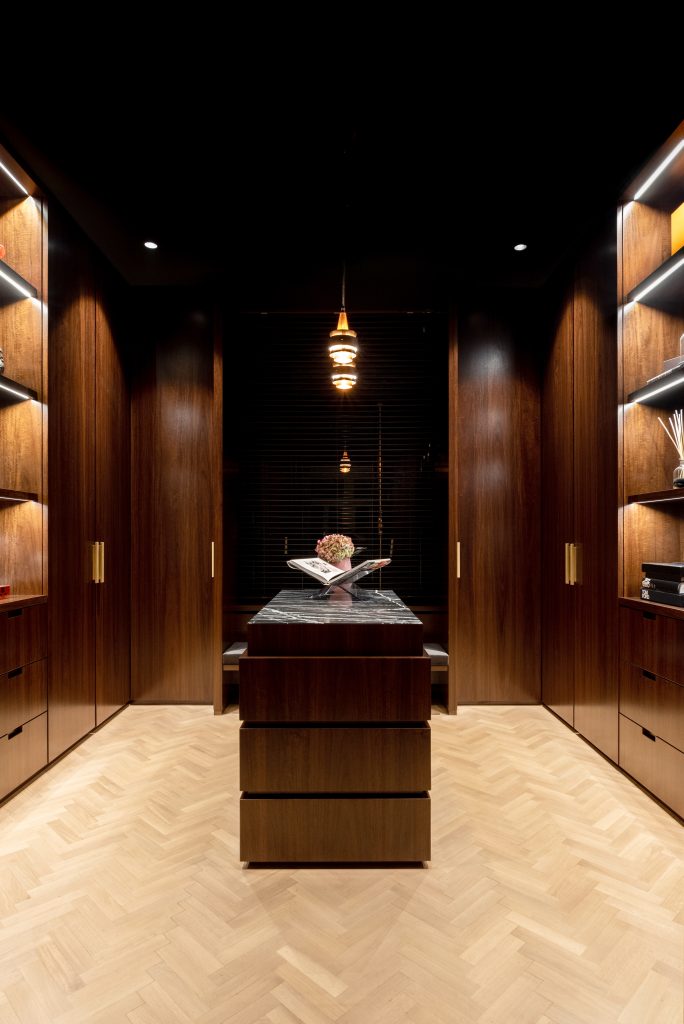 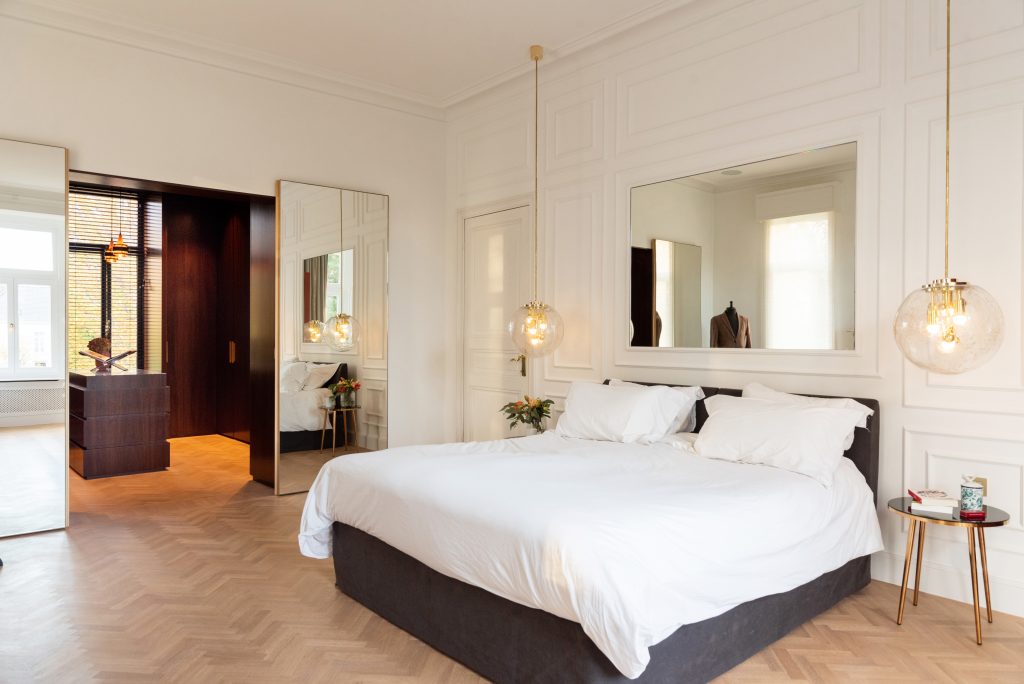 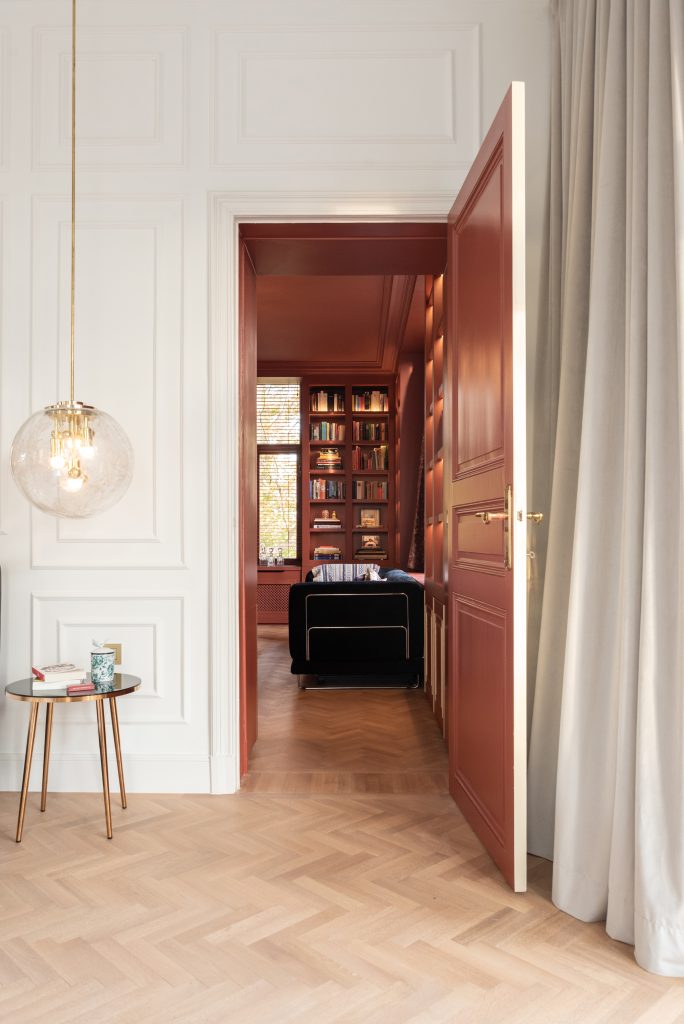 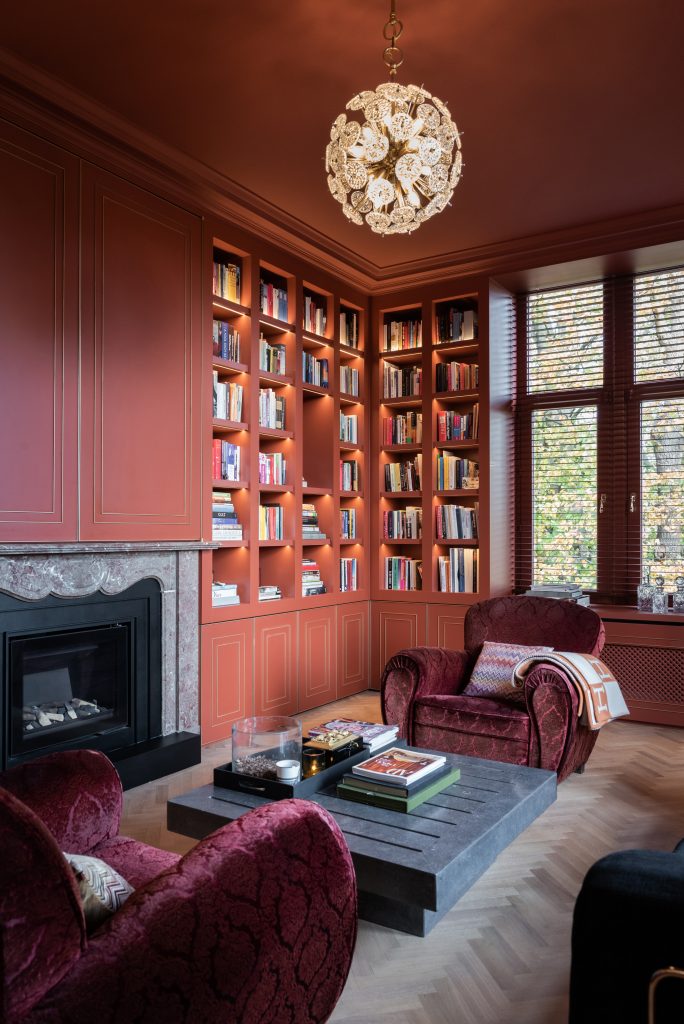 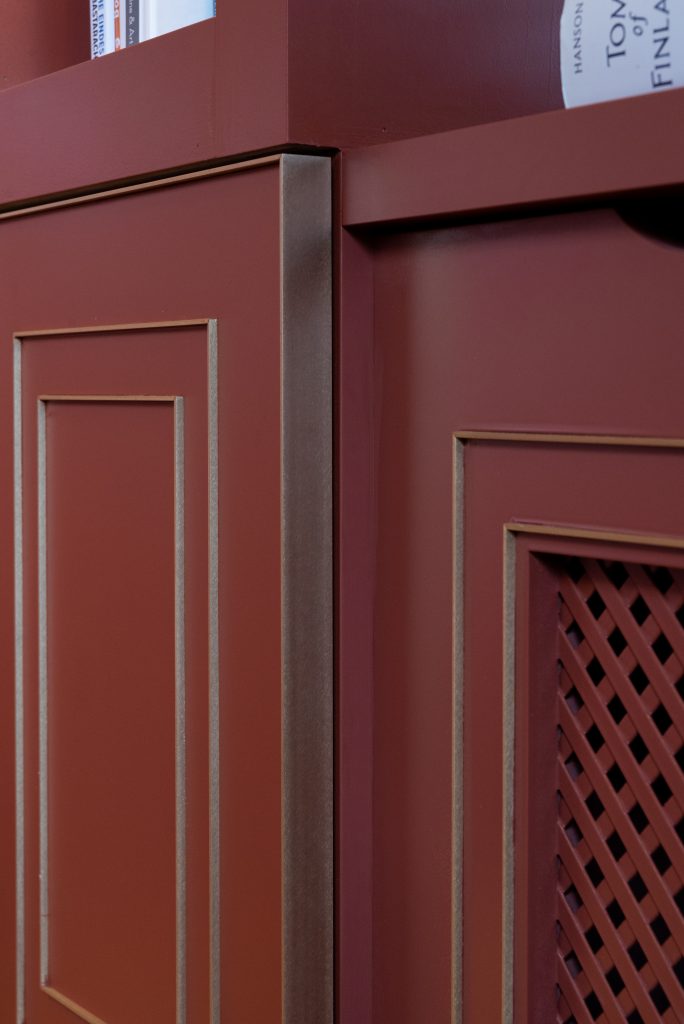 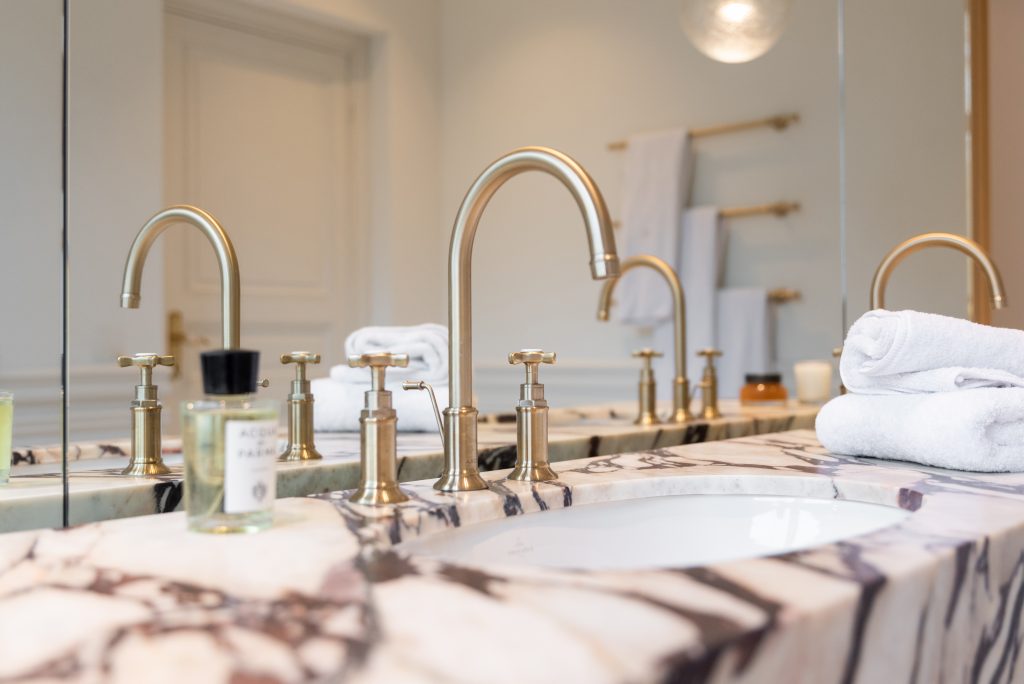 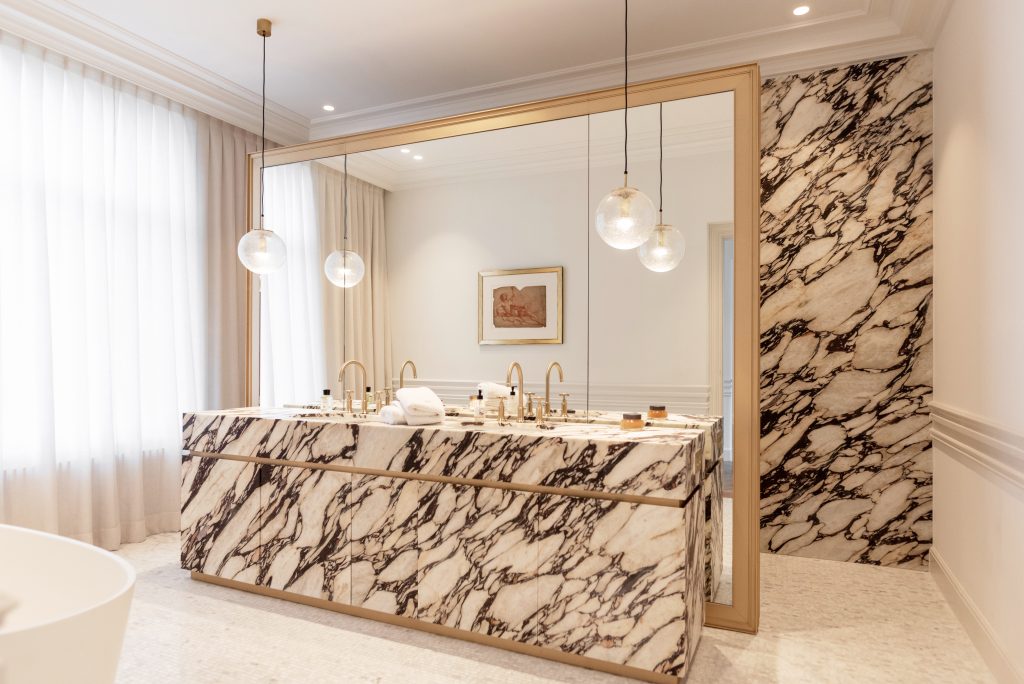